Interview with a Religous Brother

If God calls you to be a Brother; go for it! You will not regret!!

(The interview has been edited for clarity.)

eVocation: Tell us a little about yourself 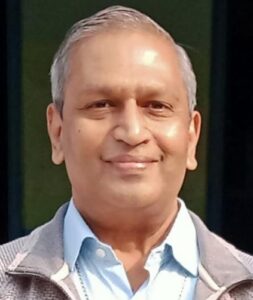 Br. William: I am the only brother to five sisters in the family. When I was a boy, I wanted to be a Pilot because my father was working for AAI in Mumbai. After my father’s death, my desire to be a pilot remained until I met a group of Christian Brothers in Bajpe (Mangalore) when I was in class nine. The Brothers’ happy community life attracted me and after I finished my class ten, I joined the Congregation of Christian Brothers. It has been forty-four years since I joined and I am extremely happy being a Brother.

I have taught in a number of schools in different states across India. I have been a Principal of four Christian Brothers’ schools in India. I have also worked in Rural India among the poor Gamit and Khasi tribes. The only state I have not visited is the state of Tripura.

eV: Yes, there is a saying that often comes true – join religious life, see the world! 🙂

eV: Can you explain to us what is a ‘Brother’?

BW: A Religious Brother is a member of a Catholic Religious order who commits himself to follow Christ in Consecrated life of the church, by the vows of poverty, chastity and obedience. He is a non-cleric, not being ordained, lives in a community and works in a ministry according the charism of his congregation.

eV: Is it a male counterpart to being a Religious Sister?

BW: One can compare it to them because they are widely known and seen.

eV: How is it different from being a priest?

BW: A priest’s job is to bring Jesus to people and people to Jesus – primarily through preaching the Gospel and administering the sacraments. Priests are ordained for this ministry by a Bishop who was himself ordained by a Bishop, on and on for two thousand years, in an unbroken tradition called, “apostolic succession”!

eV: Some people think being a Brother is for those who join the priesthood but don’t go all the way. Or for those who don’t qualify to be priest. Is this true?

BW: No. It’s a separate choice. It is all about a choice a person makes to be happy in life. It is a divine Call that is a glorious and gracious call to be a brother or a priest!

eV: What do Brothers’ do? What is their ministry?

BW: Brothers live in a community, pray, work, eat and recreate together. They follow the mission and vision of their congregation.

eV: Yes, Brothers run schools, teach, do various types of social work – each according to the need of the situation and the charism of their congregation.

eV: What is unique about the call to be a brother?

BW: To be a brother for others and live a life of brotherhood.

eV: What made you choose this vocation?

BW: I was fascinated by the community life of the brothers who were very happy and serving the people in their own capacity. 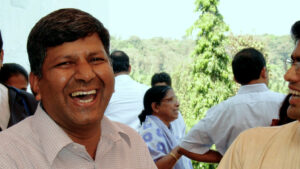 eV: Could you describe a typical day in the life of a brother.

BW: Depends on each brother, following the routine prepared by the brothers in the community.

eV: What would you say to someone discerning this option?

eV: Tell us a bit about your Congregation.

eV: What are the other Brothers’ Congregations in India?

eV: If people want more information about your congregation – the Christian Brothers – where do they go?

BW: Our congregation websites given earlier; or meet the Vocation Promoter, or talk to him over the phone i.e. Br. William D’Souza +91 7042355605

eV: Thank you, Br. William, for answering the call and for sharing your life with us!

If you would like to read more on Religious Brotherhood, visit our own page or this site. You can also ‘Meet a Brother’ by reading ‘this series‘.

Featured image by Matheus Ferrero from Unsplash; In text photos from Edmundrice.net

We use cookies on our website to give you the most relevant experience by remembering your preferences and repeat visits. By clicking “Accept All”, you consent to the use of ALL the cookies. However, you may visit "Cookie Settings" to provide a controlled consent.
Cookie SettingsAccept All
Manage consent

This website uses cookies to improve your experience while you navigate through the website. Out of these, the cookies that are categorized as necessary are stored on your browser as they are essential for the working of basic functionalities of the website. We also use third-party cookies that help us analyze and understand how you use this website. These cookies will be stored in your browser only with your consent. You also have the option to opt-out of these cookies. But opting out of some of these cookies may affect your browsing experience.
Necessary Always Enabled
Necessary cookies are absolutely essential for the website to function properly. These cookies ensure basic functionalities and security features of the website, anonymously.
Functional
Functional cookies help to perform certain functionalities like sharing the content of the website on social media platforms, collect feedbacks, and other third-party features.
Performance
Performance cookies are used to understand and analyze the key performance indexes of the website which helps in delivering a better user experience for the visitors.
Analytics
Analytical cookies are used to understand how visitors interact with the website. These cookies help provide information on metrics the number of visitors, bounce rate, traffic source, etc.
Advertisement
Advertisement cookies are used to provide visitors with relevant ads and marketing campaigns. These cookies track visitors across websites and collect information to provide customized ads.
Others
Other uncategorized cookies are those that are being analyzed and have not been classified into a category as yet.
SAVE & ACCEPT